A downloadable game for Windows

In the year 20XX, a remote prison's simulated world is being ravaged by a lone hacker. You must stop them at all costs.

PATHOS is a short interactive fiction demo, originally built for academic research purposes. You are OPERA-09, an agent dispatched to repair the AR-GUS prison system, a containment facility where inmates are held in stasis while their minds are rehabilitated in a virtual world. Upon your arrival, you discover that the system has been heavily compromised by a hacker, and it is up to you to stop them.

PATHOS was originally conceived for research purposes, so it should only take around 30 minutes to complete. This short project ended up becoming a full plotline to a game that I might well go on to make, complete with pseudo-first-person exploration of the virtual AR-GUS prison, evidence gathering, more involved gameplay, more characters, and of course, continuation of the story covered in this 'intro' segment. For the moment, the game is mostly handled through dialogue, has only a couple of characters, and features only a taste of what the full game might be.

At the end there'll be an option to participate in my research: this is entirely anonymous, and would really help me out!

The current release is v.0.26 for Windows only, and should be mostly stable.

Update as of 16/12/2018
Due to some recent extra attention PATHOS has been getting, I thought I'd clarify a few things: 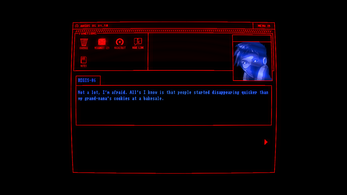 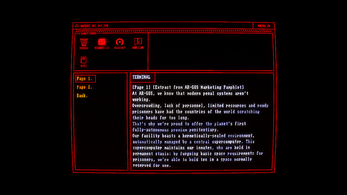 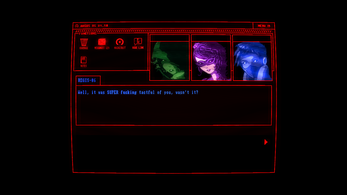 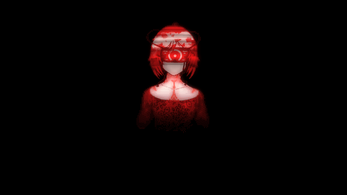